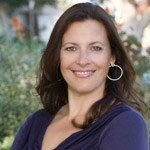 Kitty Adams is the Executive Director and founder of Adopt a Charger. Ms. Adams has facilitated the installation of hundreds of EV chargers in 10 states, and has participated in a number of CEC and CARB workshops regarding alternative fuel vehicles and EV charging infrastructure.  She was successfully awarded CEC grant funding to install EV charging at the California State Parks, and most recently a GFO as part of a team to design a micro grid in a disadvantaged community. She has presented at the Electric Power Research Institute Symposium, and has consulted on EV charging projects and policies nationwide. 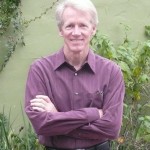 Paul Scott, a lifelong environmental advocate, co-founded Plug In America (PIA) in 2005 to galvanize support and advocate for the manufacture of Electric Vehicles and plug-in hybrids that reduce America’s dependence on petroleum and improve the global environment. As one of the leading nonprofit organization’s most visible leaders, he is regularly interviewed by global media and consults with auto industry officials, consumers and local, state and federal policymakers to advance clean-car technology. He is a regularly featured speaker at national conventions, universities, schools and elsewhere.

Paul helped create DontCrush.com, PIA’s predecessor, a grassroots group that single-handedly prevented some 1,000 production EVs from being destroyed by the auto companies that manufactured them. His work with both groups has included campaign strategy, research, planning and execution. He is among the key figures featured in “Who Killed the Electric Car?” the 2006 documentary distributed by Sony Pictures Classics, and has been filmed and consulted for the follow up, “Revenge of the Electric Car” (slated for a 2011 release).

Paul works professionally for Santa Monica Nissan as an EV Specialist selling the new LEAF EV. He also works as a consultant for SolarCity, the nation’s leading residential solar installation firm. He owns a 2002 Toyota RAV4 EV and a 2011 Nissan LEAF, which he drives on sunshine generated by the photovoltaic panels on his roof in Santa Monica. Paul is President of the Electric Vehicle Assn. of Southern California and a founding board member of Plug In America. 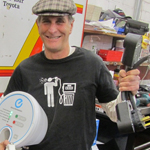 Marc Geller has been driving electric cars since 2001. He has driven over 200,000 electric miles in his 2001 Th!nk City, 2002 RAV4 EV, 2011 Nissan LEAF and 2013 Tesla Model S. He is a co-founder of Plug In America, and has been a member of its Board of Directors since its creation. He is a co-founder of the Golden Gate Electric Vehicle Association, and has been on the Board of Directors of the Electric Auto Association since 2013.

Marc has been a forceful advocate for using electric vehicle charging infrastructure to incentivize drivers to switch to an electric car through his support of low cost and low power solutions, including Adopt a Chargers fee-free, sponsored charging network.

Marc has a BA in History from Grinnell College in Iowa. 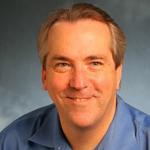 Dean Taylor has 29 years of experience in the electric transportation area with a focus on regulatory and legislative affairs, external engagement and business planning, strategy development and utility program design, with most of this time working for Southern California Edison.  He has chaired many coalitions including the California EV Task Force, automaker-utility coalitions, and the coalitions that created federal EV tax credits, the Energy Independence and Security Act of 2007, California’s Low Carbon Fuel Standard’s EV incentives, California’s AB 118 EV incentives and HOV lane access incentive for EVs. 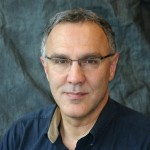 Craig Childers worked as an Air Resources Engineer in the Zero Emissions Vehicle (ZEV) Implementation Section at the California Air Resources Board since 1999.

He was responsible for technical issues regarding zero emissions vehicles and for “ZEV enabling” advanced technology vehicles including hybrid electric vehicles. In 2003, Craig developed the AT-PZEV (Advanced Technology Partial (Credit) Zero Emission Vehicle) category within the California ZEV regulation. Most hybrids sold in California are now certified to meet this stringent AT-PZEV standard. Craig has been part of the team revising and enforcing the California Zero Emissions Vehicle regulation since 1999, and is presently developing the new “Transitional” ZEV category requirements.

Prior to joining CARB, Craig was an electric vehicle engineer and project manager with the electric transportation dept. at the Sacramento Municipal Utility District (SMUD).

Craig earned a BS degree in Mechanical Engineering from the University of California at Davis. 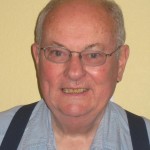 Tom Dowling is a native San Franciscan with a life-long interest in streetcars and trolleybuses. That interest developed into an interest in personal electric vehicles. Tom and spouse Vera moved to the Sacramento area, and in 1998 leased their first EV, an EV1, and later a second EV1. They have owned an S10 electric, a Ranger EV, two RAV4 EVs, and now a LEAF and a Volt. Tom has maintained and published a database of EV charging stations since back in the early days. That database is the foundation for commercial EV charging station databases today.

Tom is a graduate of the University of San Francisco and volunteers as the Charging Infrastructure Manager for the Electric Auto Association.

Longtime supporter, friend, and EV champion, William Korthof, lost his life tragically in a motorcycle accident at just 36 years old. His impact on the EV and sustainable energy community is immense — he will be greatly missed.

Known around the globe for his knowledge and passion for sustainable solutions, William installed close to 100 EV chargers for Adopt a Charger, and countless others for the EV community.